Built in 1906, the Grade II Listed Edwardian fire station in London Victoria was decommissioned in 2014. The project has two parts: the refurbishment of the existing building to create a restaurant and housing, and a new residential building to the rear of the site, which together define a new garden courtyard.

The external volume of the new building is stepped, cut back and inflected to respond to the densely built-up context. The design integrates pale bricks and iridescent glazed bricks to form a light-reflective structure, which refers to the pale Portland stone of the base, the glazed bricks on the interior of the fire station and the history of brick buildings in Victoria.

This project has been awarded planning and Listed Building consent, and is currently under construction. 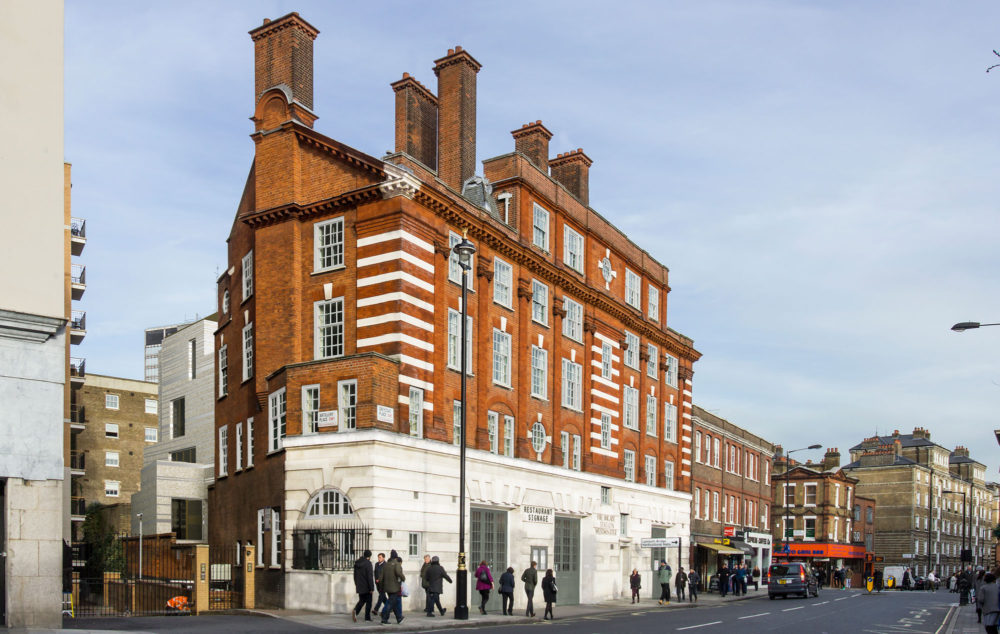