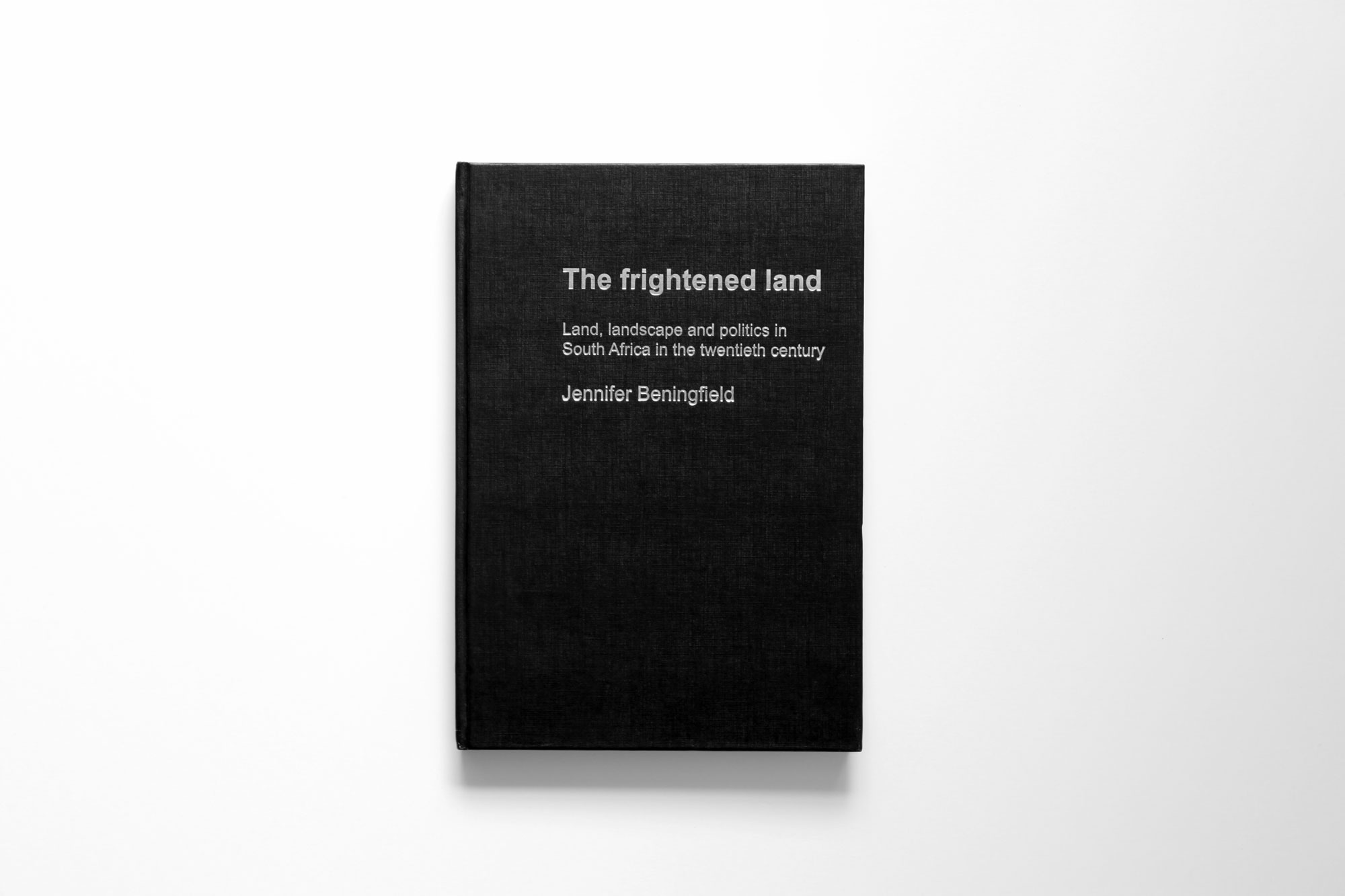 From fright to fraternity
When I take groups on a tour of the new Constitutional Court building which is located on the site of the Old Fort Prison in Johannesburg, I sometimes share a secret with them. Why, I ask, do I feel so special when I come to work here each day? It’s not just that the building is particularly light and beautiful, I answer.Nor is it simply that the placing of the Court in the heart of the notorious prison in which both Gandhi and Mandela were locked up, represents a profoundly moving visual and emotional journey. Nor is it only that unrestricted day and night circulation on the site encourages people from three adjacent yet divided parts of the city comfortably to encounter each other, whether they come from the populous, vital and problematic flatland of Hillbrow, perhaps the most diversely African area on the continent; or from the spaciously tree-and-gardened homes of the Northern Suburbs, not a poor person in sight; or from the huge cluster of concrete civic buildings of bureaucratic Braamfontein. It is something much deeper, I respond to my own question, more intimate, more related to how I imagine myself as a human being and as a South African. The answer, I continue, is that when I walk up to my Chambers I feel at a deeply subliminal level different to the way I feel in almost any other part of the country. I don’t feel I am a white man in a white area, or a white man in a black area. At last, I say, I am just a person going to work in a zone of South Africa that is both historically and imaginatively free.

This is what this book is about: how we can transcend the trauma that inheres in our landscape and at last begin to live in truly liberated surrounds. Certainly, all the old colonial and apartheid laws that once formally mapped out the whole surface area of the country in racial terms, are dead and buried. Our Constitution today declares unambiguously that South Africa belongs to all who live in it, united in our diversity. The racist statutes in terms of which African people were forbidden to own land in 87% of the country, and every inhabitant was physically consigned to specified areas according to their race, have been abolished. Yet even if the legal structures of apartheid are no longer there, actual ownership of the land still coincides largely with the avowedly racist legal appropriations of the past. And as this book forcefully shows, the divisions of the country linger on powerfully in the way we imagine the physical world in which we live. The central concern of the book, then, is not so much to recount the processes in terms of which grossly discriminatory legal title was established, as to outline mechanisms used over the centuries to promote hegemonic forms of imaginative entitlement. The objective is through science and intuition to link up the given, the made and the imagined.

In the past the land was projected simply as an empty space awaiting the tread of civilised boots and the roll of four-wheeled carriages. The people who lived there were regarded as part of nature, not part of society. The land did not belong to them, they belonged to the land. The spaces were called ‘open’ and represented as terra nullius, land belonging to no one. Conquest was always presented as the invasion of emptiness, as filling a natural void, as though the African continent was a vacuum to be abhorred rather than an already populated and governed part the world.

Thus dispossession came to be nine tenths of the law. The expulsion from the land was not primarily physical, it was legal and psychological. Indigenous people remained on the land, but in a subaltern position as servants or migrant workers. Slaves were imported and deposited on South African soil, deprived of their names, their families, their languages and frequently, their faith. The Boers, who for a time were the expropriators, became the expropriated. Avid immigrants came from all over the world to hunt ruthlessly for diamonds and gold. Yet though the peopling of our land was conflictual and violent, it was never presented by the dominant groups as being driven by greed. It was always justified in terms of some higher ideal, some purpose derived from scripture or notions of history.

Perhaps the most profound fallacy of our history has been that of ‘our beautiful country’ providing a natural and innocent backdrop to the sordid and noble enactments of history. The implication is that all we need to do now is to journey back to a pristine paradise. Yet nature has never been natural, just as the ‘landscape’ has never been neutral. As the author points out, it has always been and continues to be both physical ground and theoretical territory. The meaning of any place has been traumatically ploughed into the soil. Far from the landscape providing an image of order and harmony in a ‘natural’ world, it represents damage and debris. Landscape is thus not only a sensory medium of soil, grass, stone and water, of hills and valleys, not only physical typography. It is an experienced world which is drenched with meaning through inhabitation, conflict and violence.

Never has knowledge of the meaning of place had such great current relevance. The implications for professionals working with the built environment are enormous. We must recognise that the landscape is not simply or even primarily a setting in which homes and cities are built. Our vision of the land is a central if unacknowledged protagonist in every design conceived, and every planning decision made. The unexpressed assumptions are all the more powerful for being hidden. This book calls for the inarticulate memory structures relating to the land to be discerned, spelt out and questioned. The vision of designers and planners in the past has been shaped not so much by the intrinsic physical qualities of the land as by the way successive generations have occupied, related to, imagined and mythologised them. We should not try to escape from our history, but rather seek to acknowledge and channel in open and democratic fashion its intense and continuing energy.

Today we are rightly memorialsing past struggles and honouring sacrifices made. This book gives timely warning against temptations to give expression to shallow democratic triumphalism.

The Voortrekker Monument now stands as a strange and poignant reminder of how empty the earnest vanity of a once super-confident generation can be. The soft, open and ambiguous contours of nearby Freedom Park hill-top turn out to be far more powerful and optimistic than the once arrogant and now curiously deflated pile that is the Monument, looking today like an orphaned concrete straggler on the kopje seeking new forms of historical companionship.

It is apt that a book on landscape should be described as a path-breaker. Yet the scholarly path chosen, marked out by written sources, both archival and literary, necessarily confines the trajectory. It cannot take in the vast treasure-house of popular memory that by its very nature articulates itself in a multitude of diverse idioms. We do not yet have systematized accounts of how the various indigenous communities perceived the world they lived in. The voices of women in all classes are largely absent from the records. Subaltern claims only began to emerge strongly on the eve of the achievement of democracy; they need to be heard. One longs for a whole range of companion volumes with different tracks and emotions. Yet any new work emerging will have to acknowledge the intellectual beacons found in this extraordinarily intense, intelligent and layered book. In a dialogue across the disciplines, it evokes, provokes and ultimately pleases. This book represents not just an extraordinary journey of rediscovery. It opens the way to new forms of imagining South Africa, facilitating the emergence of a sense of shared rather than competitive ownership. There is too much blood in our soil, too many mangled bones lie there. In racist South Africa anatomy was destiny. Now in our new democracy it is physicality that is fate.

We have to find ways of sharing the land as equals, not only in terms of legal title and productive use, but in terms of our imaginative understanding. Under democracy our imaginations are slowly but progressively beginning to develop the lineaments and textures of a common vision and a shared sense of belonging. Bit by bit the fright gives way to a sense of tranquility and rootedness. The historical hurt is progressively assuaged as we shuffle off the inheritance of our existential fright. Our imaginations sometime surge ahead, sometimes lag behind. This book will help keep them moving along at a steady and even pace, as the frightened land rediscovers and reconfigures itself as the fraternal land.