The sculptural facade of the new building is slowly being revealed as the scaffold drops. We’ve worked in a very highly constrained site, with demanding levels of daylight and sunlight both for the development itself and for neighbours. We have managed to maintain a sense of space and light through stepping the building back as the height increases, and by undercutting and carving into the volumes at lower level. This creates a sense of discovery and excitement, as the building is revealed through movement. 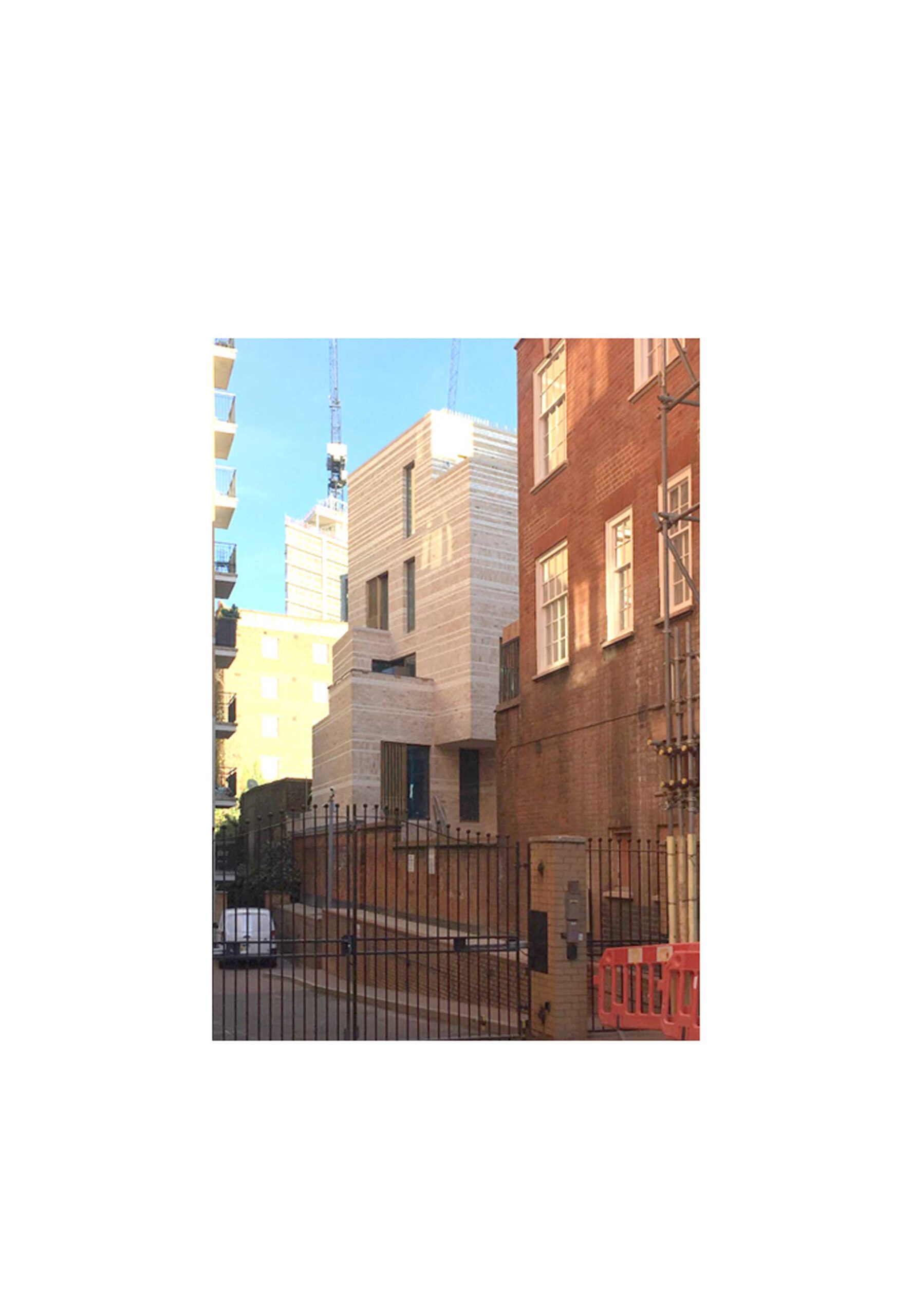