The Petersen bricks and hand-glazed pearlescent bricks have been installed. Scaffolding has been dismantled and the façades have been revealed.
The new building proposed in the rear courtyard of the Grade ll listed Westminster Fire Station in Victoria is responsive to the light and shade of London skies.
Lightwells in London’s dense urban blocks are often clad in glazed white bricks in order to enhance light levels. They are also used in the interior of the 1906 fire station engine bays to form a robust surface. We have translated these materials onto the façade of the new building to create a contemporary building within which the textures and history of the past are evident, but recast as a shimmering surface which connects to the geometries of the existing fire station. 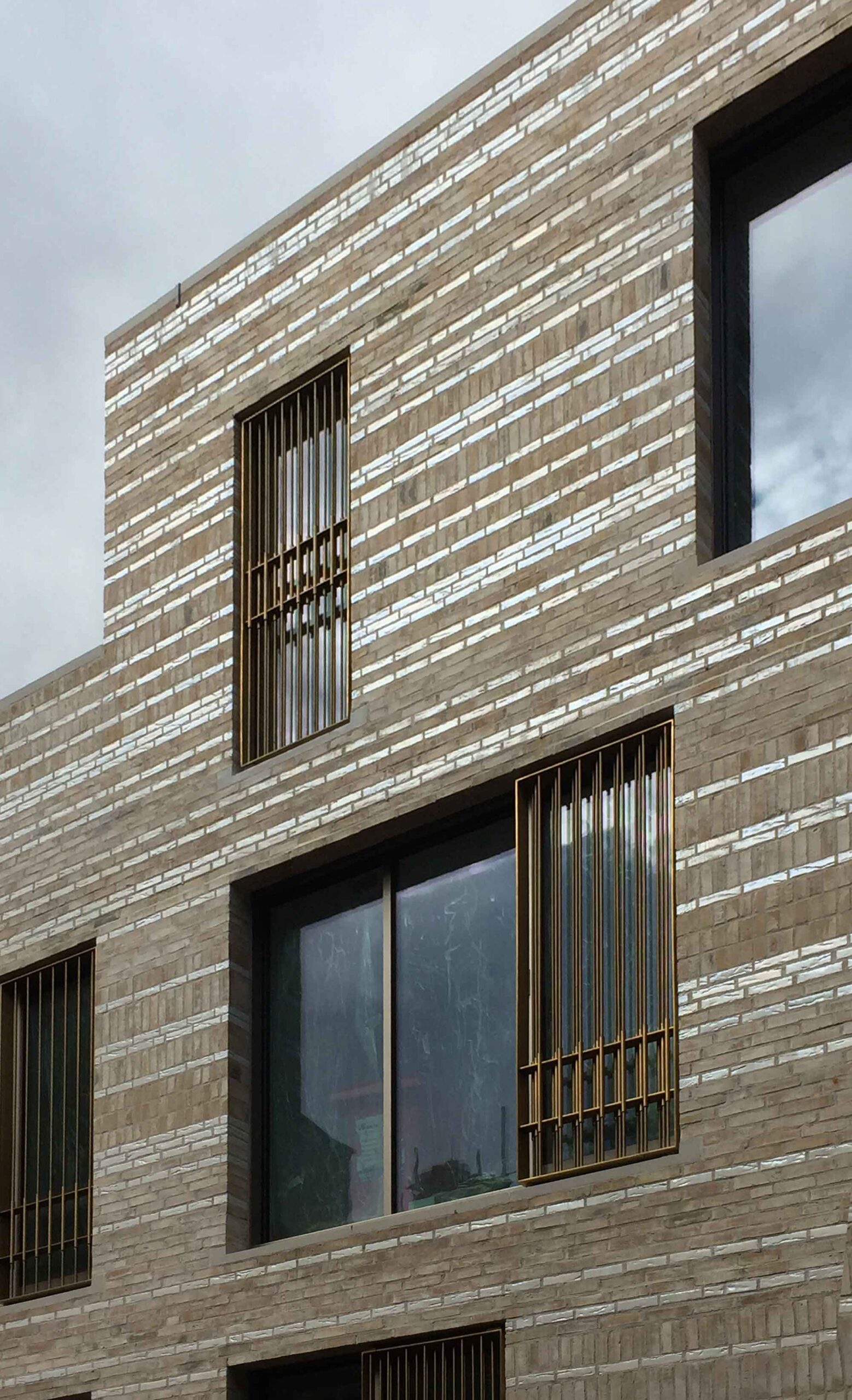