Trees of Lives: Symbols of death transform into symbols of life

Rail tracks have become a powerful symbol of the mass extermination carried out by the Nazis, the means by which millions of Jews were transported to the concentration camps and to their deaths.

Our Shoah Memorial adjacent to the railway station in Bologna, Italy, takes the rail tracks and transforms them into a symbolic grove of trees. As the rail tracks detach from the earth and curve towards the heavens, their graceful form assumes a delicate monumentality. From being associated with death, they are transfigured into symbols of nature, life and renewal – from violence to beauty, and from anonymity to memory.

Our proposal uses limited means to transform the site and the rail tracks in order to commemorate the Holocaust. If required, the Trees of Lives can be moved to another site and reconfigured. Our strategy has been to touch the ground lightly.

We collaborated with Su Beningfield. 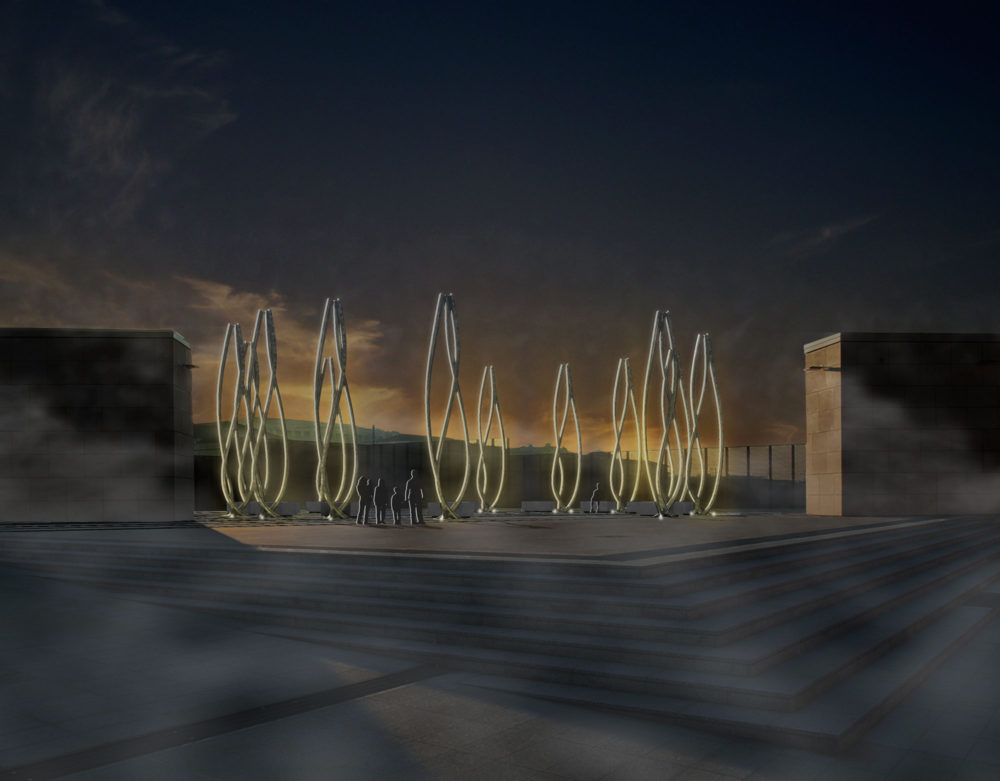